Before Resetting the SMC

Try each of the following steps in this order before you reset the SMC. Test the issue after completing each troubleshooting step to determine if the issue still occurs.

If your Mac appears to be running normally but isn’t responding, force the computer to shut down by pressing and

holding the power button for 10 seconds. Note: You will lose any unsaved work in any open applications. For Mac portables experiencing issues related to the MagSafe power adapter and/or battery, try:

1. Unplug the MagSafe power adapter from the Mac and the wall power socket for several seconds.
2. Shutdown the Mac. Physically remove and re-insert the battery (if it’s removable) and startup the Mac.

If the issue is still not resolved after following the troubleshooting items above, an SMC reset may be necessary.

After performing normal troubleshooting, these symptoms may indicate that an SMC reset may be necessary:

The computer’s fans run at high speed although the computer is not experiencing heavy usage and is properly ventilated.

The computer doesn’t respond to the power button when pressed.
A portable Mac doesn’t appear to respond properly when you close or open the lid. The computer sleeps or shuts down unexpectedly.
The battery does not appear to be charging properly.
The MagSafe power adaptor LED doesn’t appear to indicate the correct activity.

The computer is running unusually slowly although it is not experiencing abnormally high CPU utilization. Application icons may “bounce” in the Dock for an extended amount of time when launched.
Applications may not function correctly or may stop responding after being opened. 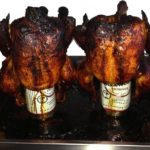 I love to explore new places, taking photos. IT was my hobby before I started to work as a System Administrator in several companies. I like to check new recipes and cooking is my stress reduction #1.

Powershell Scripts for IT Support